The Rías Baixas Designation of Origin is a small wine-growing area in northwestern Spain, in the region of Galicia. The wineries of Rías Baixas have long had a strong winemaking tradition, passed down from generation to generation. However, it was not until 1988, with the constitution of the Rías Baixas Wine Regulatory Council, that the wine sector began to play a fundamental role in the development of the region's economy. One of the key factors in its success has been the decision to continue to cultivate the region's indigenous grape varieties, in particular the Albariño, which adapts so well to the challenging local climate and imparts a genuine quality and sense of place to the wines that have a marked Atlantic character. We offer some of the most valued and favourite Galician wines of these lands.
Goza

The Rías Baixas in Galicia is one of the five denominations of origin of existing Galician wines. That is why we offer some of the favourite Rías Baixas wineries for wine lovers.

We have a variety of wines that adapt to all types of palates, either because of their aroma, their fruity taste or their pleasant taste.

Its variety ranges from whites to reds, which guarantees that anyone can enjoy one of these appellations from Galicia.

As Rías Baixas Galicia Denomination of Origin is fully integrated into the great Atlantic region, whose division is the Wagner line (Wagner P., 1976). That is why the wines of this appellation are called Atlantic wines.

Winters in the Rías Baixas Denomination of Origin are characterised by atlantic storms from the west and southwest, with warm fronts of rapidly tropical air. These are heavy precipitations and are the determinants of mild and even warm temperatures, with very little difference between day and night.

Only invasions of cold air from the Arctic, or accidents in which anticyclones move north the storm fronts, can cause the night temperature to be suficiente for frost to occur.

The Rías Baixas appellation of origin is so called since it is in the lower part of Galicia and this is the reason for its name.

It occupies the entire coast of the province of Pontevedra and part of the Atlantic coast of Coruña. This is where the characteristic name of this fruity drink comes from. 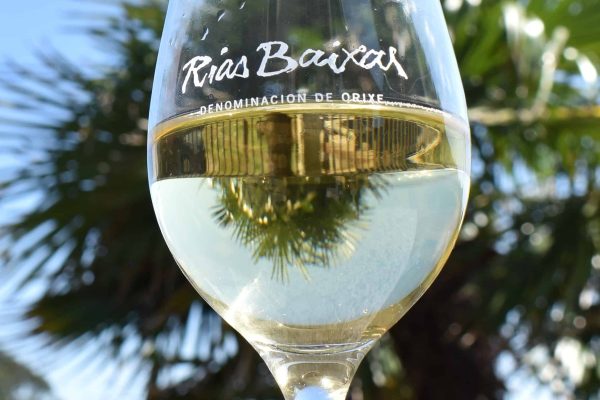 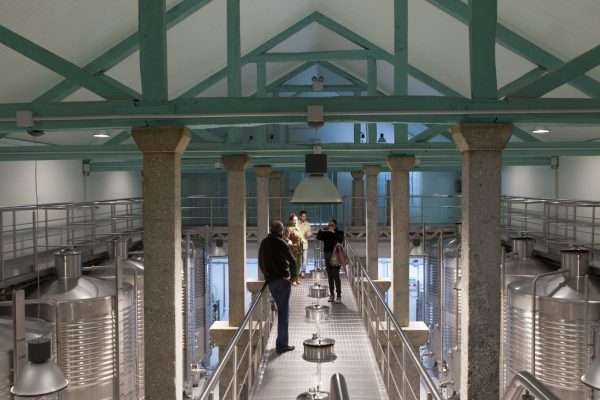 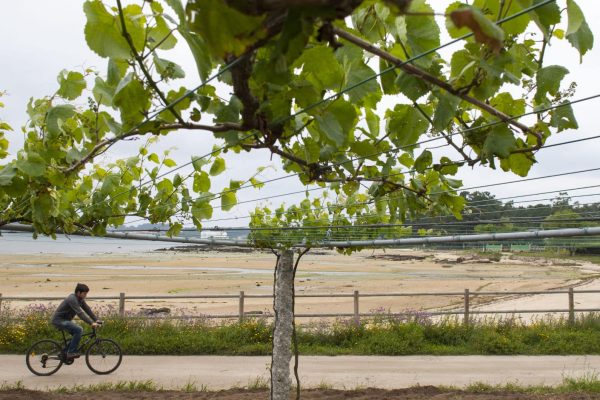 Where are the Rías Baixas?

Remember that we also offer Ribeira Sacra wine in both whites and reds.

Types of wines from the Rías Baixas

Rías Baixas Albariño: Monovarietal wine made with 100% Albariño grapes from any of the sub-areas.

Rías Baixas County of Tea: Multi-varietal wine, made with Albariño and Treixadura grapes at least 70% of both, the rest of the other white varieties being admitted. All of them are produced in the subzone of Condado do Tea.

Rías Baixas Rosal: Plurivarietal, made up of Albariño and Loureira varieties, with a minimum of 70% of both, the rest of the variety must be accepted by the Council and be produced in the Rosal area.

Rías Baixas Val do Salnés: Incorporates at least 70% Albariño grapes, while the remaining 30% must include varieties admitted and produced in the Val do Salnés area.

Rías Baixas Ribeira do Ulla: Plurivarietal that requires at least 70% of the Albariño, Loureira, Treixadura and Caíño Blanco variety, while the rest must be from varieties admitted and produced in the Ribeira do Ulla area.

Rías Baixas: Multivarietal wine of recognised white varieties, produced in any of the five zones.

Rías Baixas Barrica: hese are wines made in the geographical area from any authorised white variety. A production process similar to that of white wines is followed, with the difference that they spend a period of time in wooden containers no larger than 600 litres, indicating in any case on the labelling the time, in months or years, that has remained in said containers.

Rías Baixas Tinto: This typology is made from the red varieties recognised by the Council, produced in any of the five subzones, based on what is established in the Specifications.

Rías Baixas Espumoso Made from recognised varieties, produced in any of the subzones complying with the analytical limits stipulated in the Specifications of the Regulatory Council, the national and community regulations regarding quality sparkling wines and those established in the Quality Manual.